“Our sales teams implement a customized marketing campaign for every exclusive listing. Through creative asset positioning and consistent senior attention, we are determined to exceed client expectations every step of the way.”

Victor Sozio is one of the Founding Partners of Ariel Property Advisors. Mr. Sozio is responsible for originating and executing the sale of commercial real estate transactions throughout the five boroughs.

Since beginning his career, Mr. Sozio has become one of NYC’s leading commercial real estate brokers, selling more than 1,000 properties valued at over $5.2 billion.

Mr. Sozio has maintained a sharp focus on the multi-family asset class, selling both individual buildings and portfolios. He has developed a comprehensive understanding of properties subject to various city, state and federal regulatory agreements, including rent stabilization, Section 8 vouchers, HUD agreements and LIHTC. His expertise extends to the sale of development sites and commercial condos throughout New York City.

Mr. Sozio has played a pivotal role in establishing Ariel as the market leader in affordable housing properties. In fact, he has personally been involved in more affordable housing transactions, both by volume and dollar amount, than any other broker in NYC since Ariel was established in 2011.

In March 2018, Connect Media named Mr. Sozio one of New York City’s Top 10 Brokers. In 2012, The Commercial Observer named Mr. Sozio one of the 20 to Watch, which recognized emerging commercial real estate professionals. In 2013 and 2014, Real Estate Forum named him and his partners as Top NY Brokers, as well as recognizing him as one of Tomorrow’s Leaders: New York.

Mr. Sozio is an active participant and supporter of industry and non-profit organizations such as HELP USA, The Real Estate Board of New York, Saint Jude Children's Research Hospital, Bronx-Manhattan North Association of Realtors and the New York State Association for Affordable Housing where he serves on the membership committee.

Mr. Sozio began his real estate career at Massey Knakal Realty Services, now Cushman & Wakefield. He is a graduate of Manhattan College, where he received a B.S. with a concentration in marketing. He also is a Veteran of the United States Marine Corps and served in Operation Iraqi Freedom. 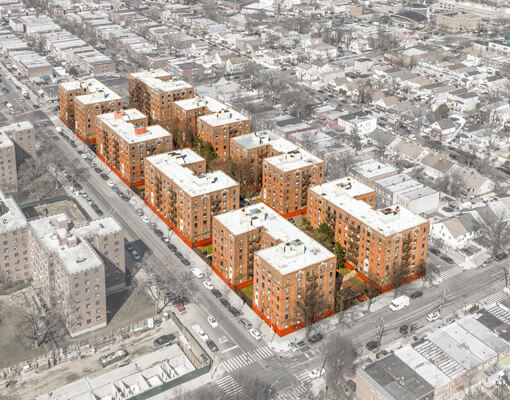