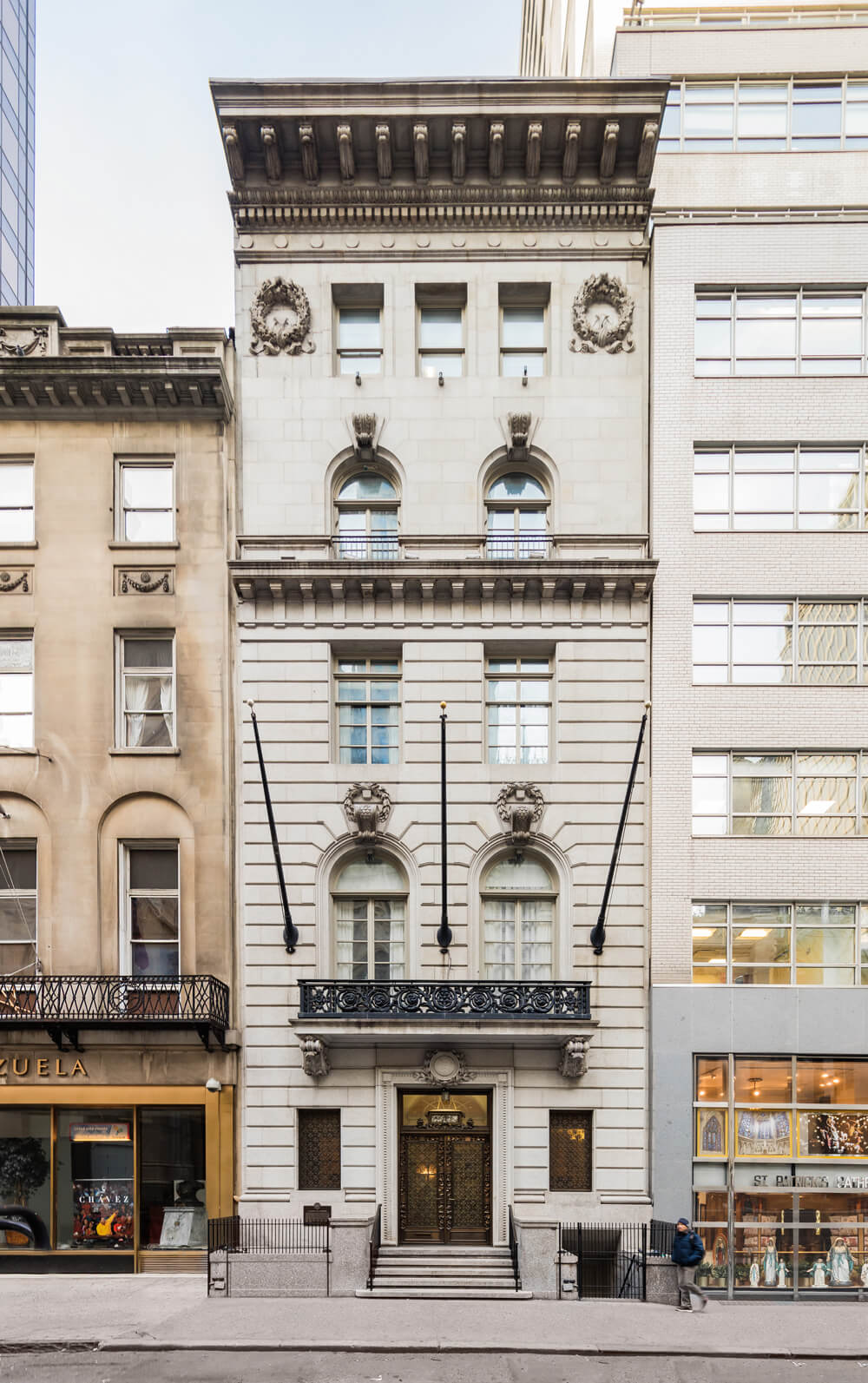 The elevatored building, built in 1904-06 and spanning 13,349 square feet, with an additional 19,783 square feet of air rights, is located in the heart of Manhattan between Madison and Fifth Avenues, one of the most prestigious zip codes in the country. The property was originally the residence of John Peirce, a then-prominent stone contractor, dubbed the “Granite King,” whose firm was involved in the construction of NYC’s first subway system and many of the city’s most iconic structures.


“The property’s appeal to users, and its potential within the context of the Midtown East re-zoning, resulted in a competitive bidding environment, “said Victor Sozio, Executive Vice President at Ariel Property Advisors. “The profile of buyers who considered purchasing the asset really ran the gamut.”


A significant attribute of this property is the alluring capital opportunity from the recently approved Midtown East Rezoning. The rezoning allows the new owner of this landmark-status building to sell nearly 20,000 square feet of unused air rights within the boundaries of East 39th Street to the south, East 57th Street to the north, Second and Third Avenue to the east, and Fifth Avenue to the west.


Now known as the John Peirce Residence, the property was designed by renowned architect John H. Duncan, whose artistry includes the Soldiers and Sailors Memorial Arch in Grand Army Plaza in Brooklyn and the General Ulysses S. Grant National Memorial (aka Grant’s Tomb).


The Italian Renaissance-style residence, which is in turn-key condition, features an abundantly ornate exterior, including a projecting balcony on the second floor. The intricately designed interior is flush with historical details, with the full rustication of the lower three floors one of its most striking features.


Moreover, the property is subject to C5-2.5 zoning, which presents a unique opportunity for the new owner to re-position it for a range of uses, including office or corporate headquarters, a retail establishment, boutique hotel, or a high-end dining and entertainment establishment.


Located at the core of Manhattan’s bustling commercial and retail district, the building is just steps away from some of the world’s most famous destinations, including St. Patrick’s Cathedral, Rockefeller Center, and the home of the ‘Rockettes’ at Radio City Music Hall. The neighborhood is truly a unique blend of old and modern New York, with the Waldorf Astoria and Lotte New York Palace sitting alongside flagship stores of Saks Fifth Avenue, Versace, Cartier and Armani.